Malawi team assessing the number of cedlar seedlings in Kadewere nursery in November, 2020- these seedlings are currently being replanted in their new permanent location

As we embark on a new year, full of possibilities, we are more mindful than ever of providing a sustainable future for our clients, collaborators, and for ourselves. The way we see it, being active participants in both our local and global communities requires a responsibility to nurture and support the health of those communities, something we have always been conscious of. With this in mind, we support programs and initiatives designed to have a lasting and wide-reaching positive impact for generations to come.

As a part of a desire to ensure we are providing a sustainable future for our clients, AVENUE ROAD founder, Stephan Weishaupt, has spent the past few years building a relationship with the incredible people behind WeForest. Backed by a scientific network, WeForest works with communities, local organizations and NGOs to develop scalable reforestation projects, demonstrating how it is possible to mobilize communities and restore our degraded soils. 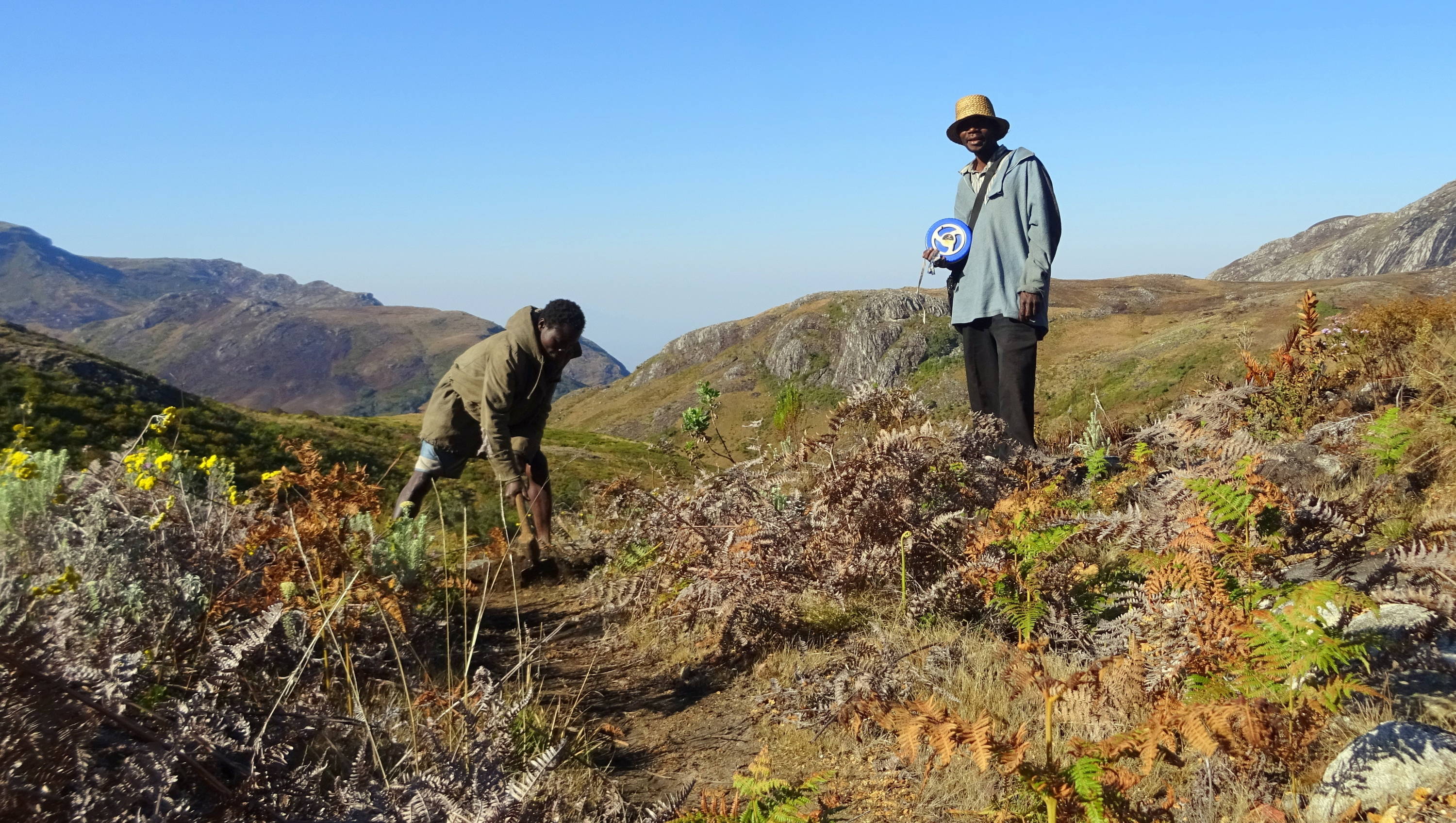 Stephan Weishaupt, with his parents, has visited and contributed to various community projects in Africa annually over the past decade, making annual trips there to remain connected to the work and to those communities. After learning about WeForest and their mission a 2018, Stephan began developing a relationship with the organization. Inspired the lifelong philanthropic endeavors of his late father, Maximilian Weishaupt, Stephan has most recently made a 10-year commitment, on behalf of our our clients, to support WeForest’s Malawi Mulanje project.

Maximilian was a German artist and art collector who created many works that reflect a deep interest in the Concrete Art movement, with a strong emphasis on the sensuous experience of shape and colour. AVENUE ROAD’s Art Program has acquired a number of prints by Maximilian- a portion of each sale will be donated to WeForest, over an above our standing commitment, in support of their reforestation projects in Malawi. 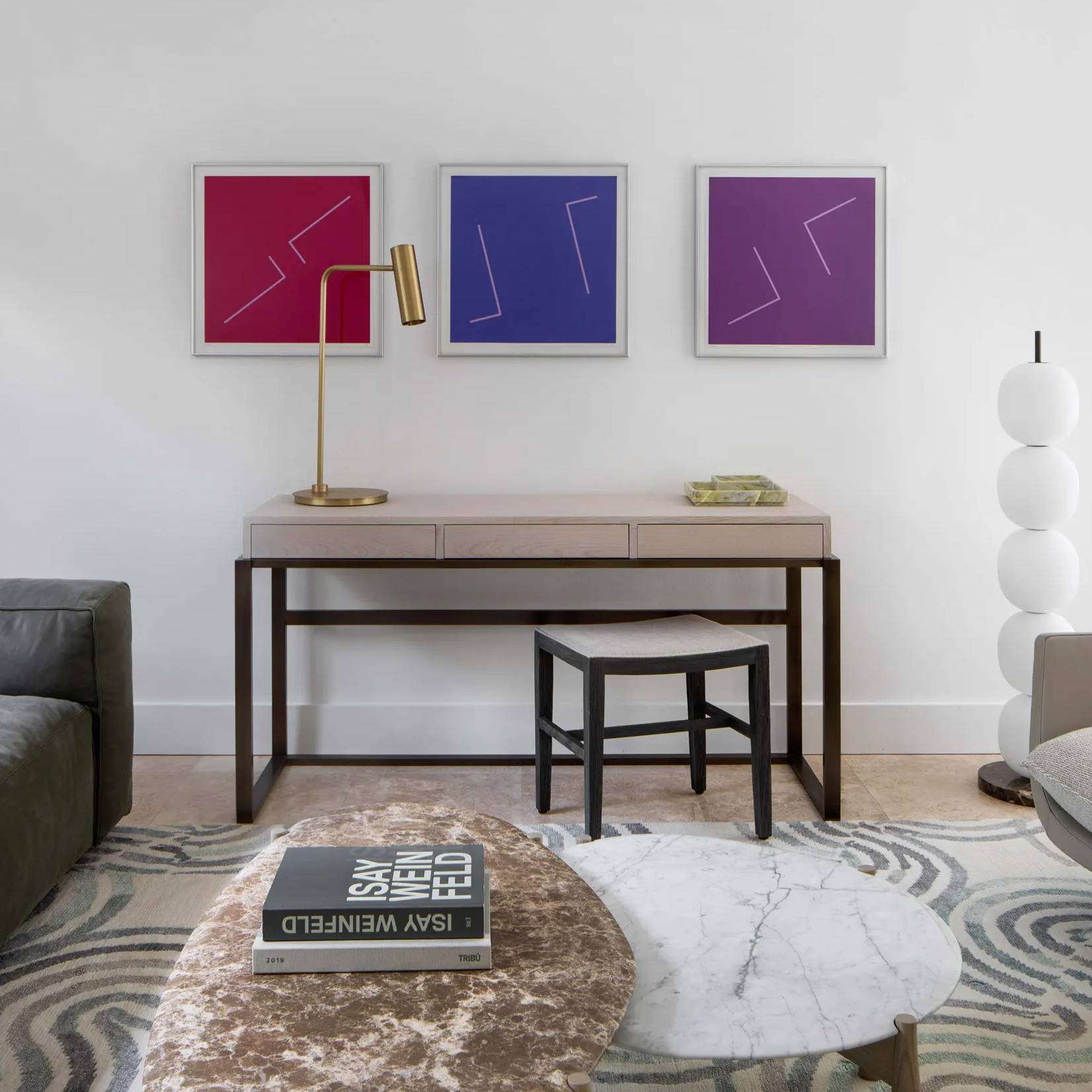 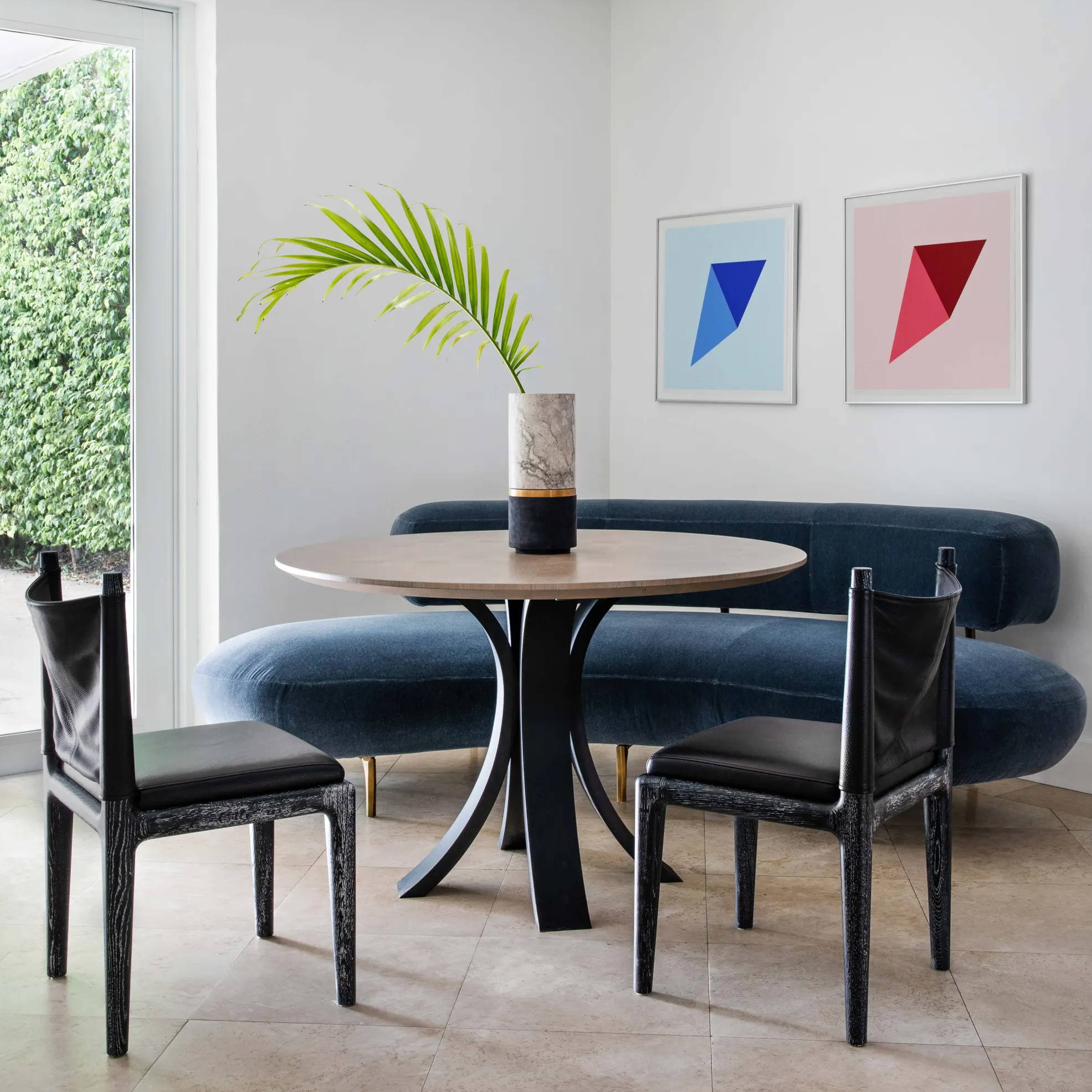 Prints by Maximilian Weishaupt installed in our Miami Bungalow

More than 2 billion hectares of land (or the equivalent of 50% of the world’s forests) are degraded and have been identified as having potential for forest restoration. The world needs to stop deforestation and restore the equivalent of an area the size of India by 2030 if we want a chance at staying under a devastating 2°C temperature increase.

3.4 million hectares or a third of Malawi used to be covered with forests. Today, 65% of that has already been cleared, a tenth of which in the last 10 years alone. This trend is likely to continue due to a rapid population increase, Malawi has quadrupled its population in the past 40 years.

While the Mount Mulanje Forest reserve is officially protected since 1927, severe deforestation and degradation have taken place due to a lack of investment and because neighboring communities have used it for construction wood, firewood and charcoal. This has had a direct effect on the disappearance or sharp decline of species like the Mulanje Cedar tree and the Mulanje chameleon, which cannot be found anywhere else in the world. Moreover, a healthy forest is essential for the water supply of the surrounding villages, local agriculture (tea and macadamia plantations) as well as for Blantyre, the economic capital of Malawi in the South. 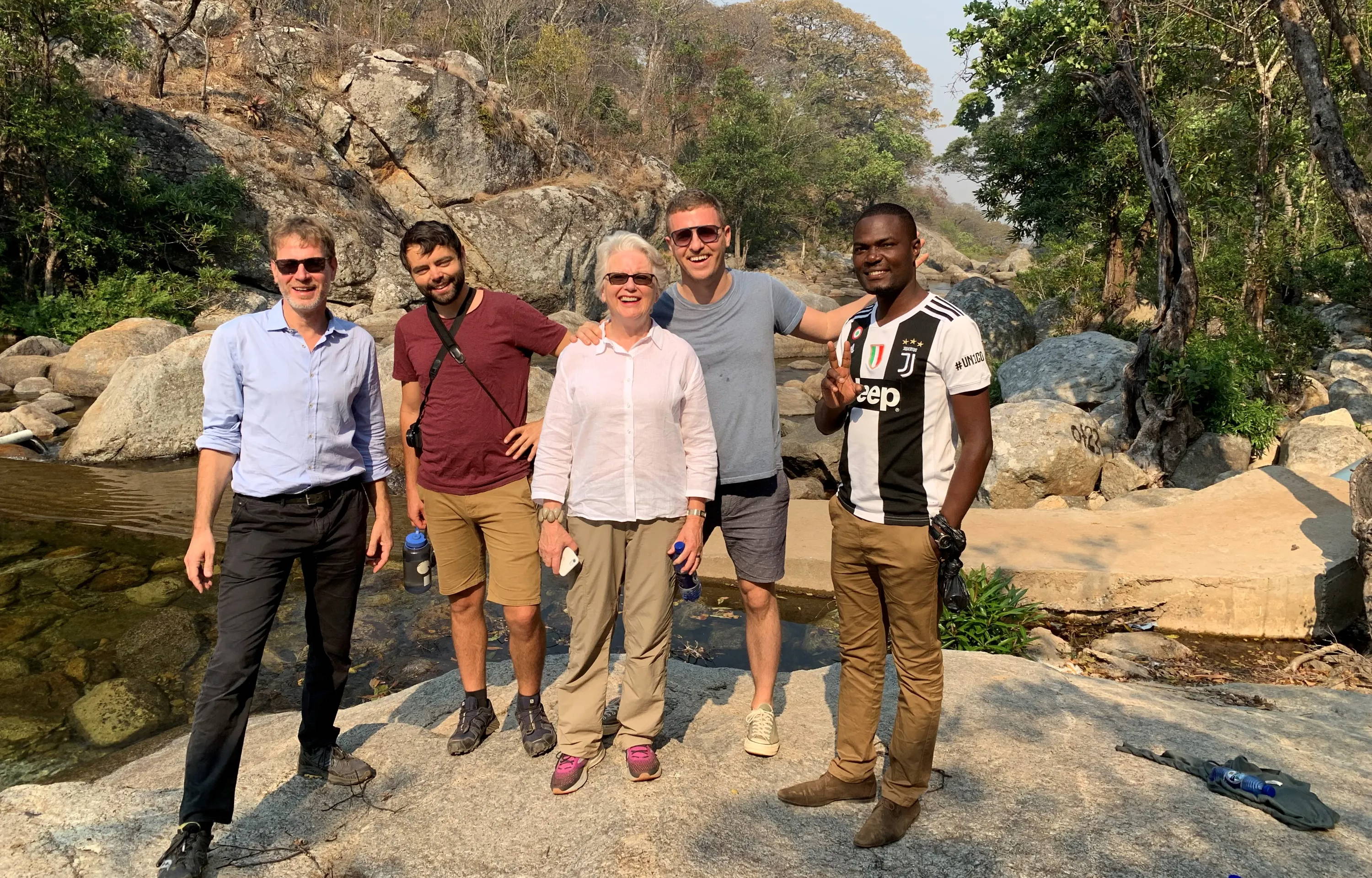 To reverse this trend, WeForest is working to restore the reserve with 2 types of forests (montane forests and Miombo) – and it’s not just about planting trees. WeForest projects recognize that it is just as much about the people who live there. Regaining ecological integrity to enhance human well-being is key to ensure the forest will be protected for the long term. Alternative job opportunities are being created (like employment in the tree nurseries or honey sector) combined with sustainable livelihood schemes for the thousands of families living around the reserve so that this forest can be called a proper ‘reserve’ again.

In 2020, their eight cedar nurseries have raised 140,00 seedlings. As planting season in Malawai (December/January) is in full swing, WeForest is currently working to re-plant these seedlings around the Mulanje Mountain. 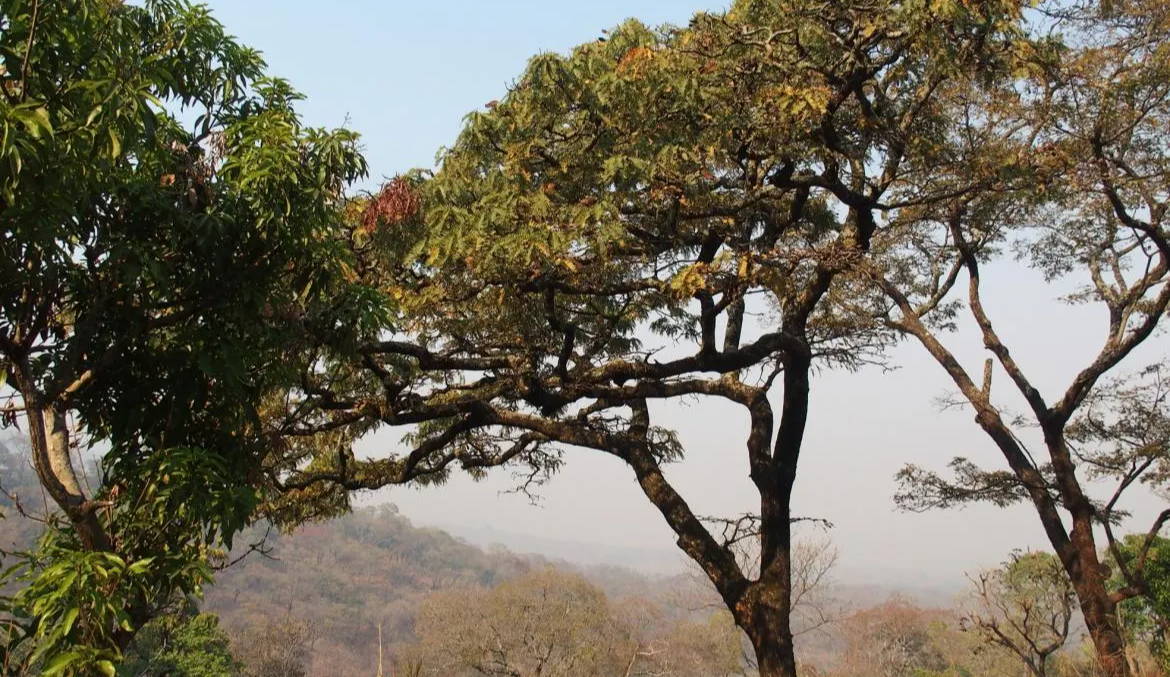 Adult Brachystegia tree in the Miombo